Trinity 55 Meter Motor Yacht for sale – Mustique is a prestigeous custom built Motor Yacht built by Trinity Yachts in the USA in 2005. Built in steel with an alluminium superstructure this full-displacement 80ft /55m motor yacht has an impressive volume of 680 GT – she is much more spacious than most other yachts of a similar length.

Mustique’s interior layout sleeps up to 12 guests in 6 staterooms, including a full beam Master Suite, a full beam VIP stateroom, 3 double cabins and 1 twin cabin. She is also capable of carrying up to 12 crew.

Managed and Crewed by EXPERSEA

Operating shipyards in New Orleans, Louisiana, and Gulfport, Mississippi, Trinity Yachts was an American luxury motor yacht builder capable of constructing superyachts in aluminium and steel up to 123 metres in length.

Trinity Yachts’ roots lie in the commercial and military shipyard Halter Marine in New Orleans, which today is still one of the builder’s two facilities. In the 1970s, Olympic sailor John Dane III went to work for Halter Marine and founded Trinity Yachts in 1988; his mission was to expand the shipyard’s operations into the luxury motor yacht sector. In 2000, Trinity Yachts was acquired by John Dane along with partners Billy Smith and Felix Sabates, owner of Victory Lane Enterprises.

The shipyard was highly successful, attracting owners from all over the world, including – thanks to Sabates’ influence – many involved in high-profile motor sports. In the early 2000’s, Trinity’s order book of superyacht projects was in the double digits. Despite the devastation wreaked on the New Orleans shipyard by Hurricane Katrina in 2005, which led to the opening of the Gulfport facility, and the global economic downturn of 2008, Trinity Yachts continued to be one of the leading superyacht builders in the U.S.

In the years that followed, difficulties caused by amongst other things exchange rate fluctuations, made selling custom built steel and alluminium yachts to an already saturated market outside the U.S.A. very difficult. The US market had an appetite seemingly only for faster semi-displacement, shallow draft yachts built in GRP, thus leaving Trinity, a once thriving business without a market place.

Trinity had an excellent run for about 20 years and delivered 62 hulls, but the new yacht construction ceased in 2016. 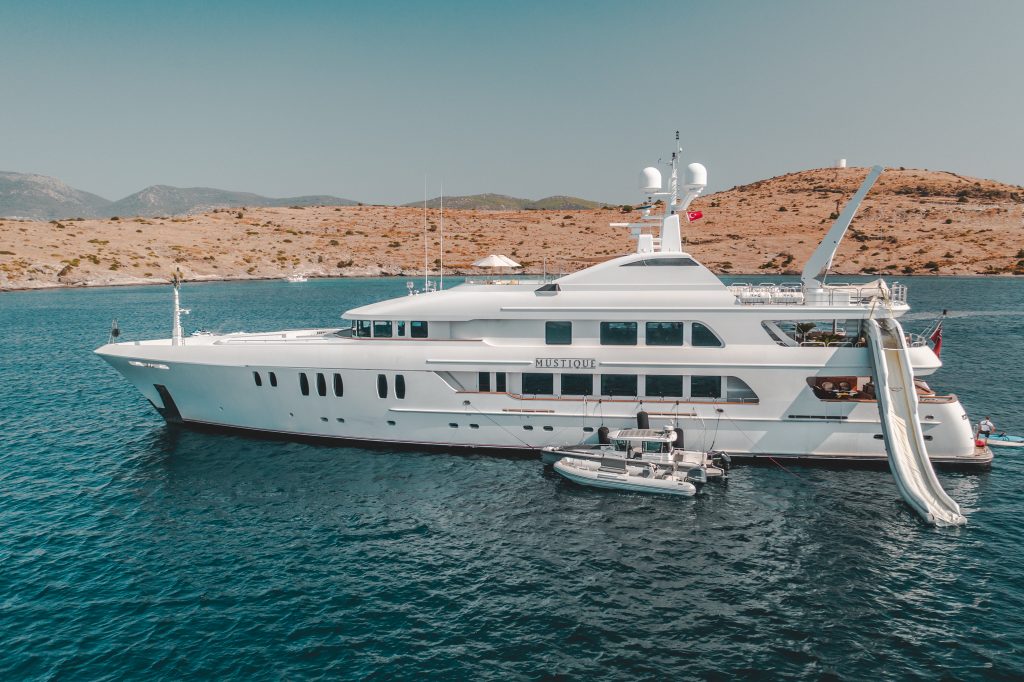 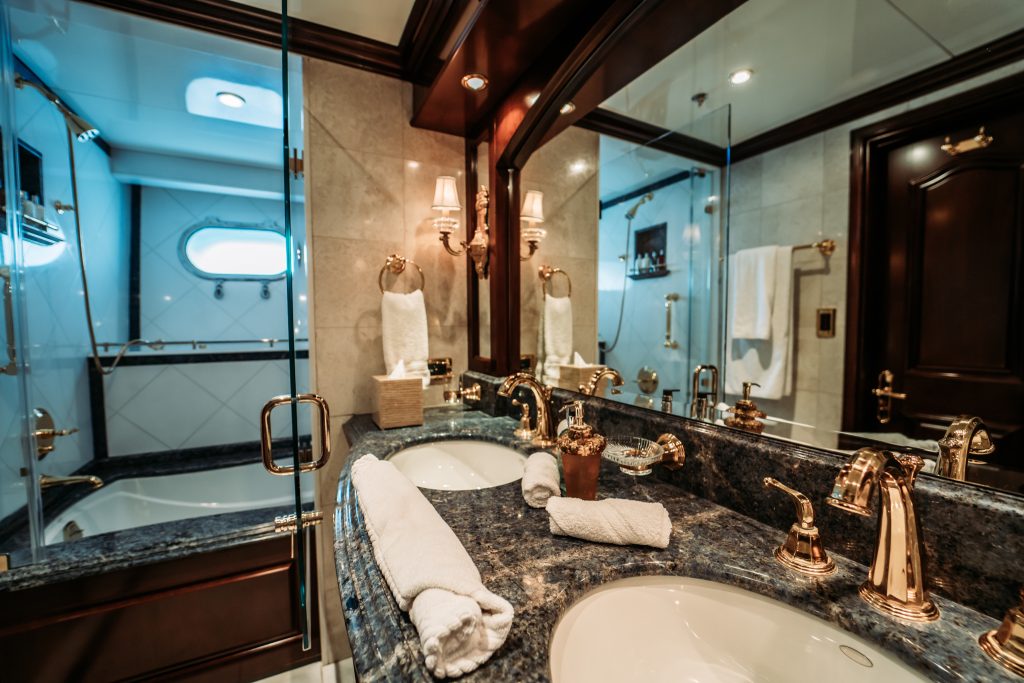 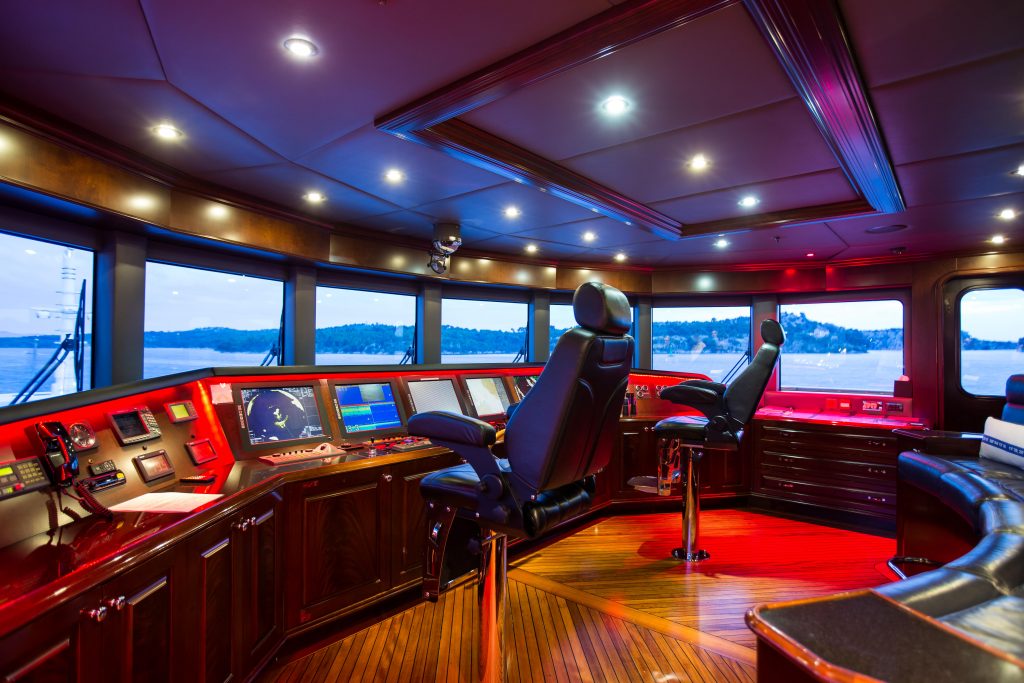 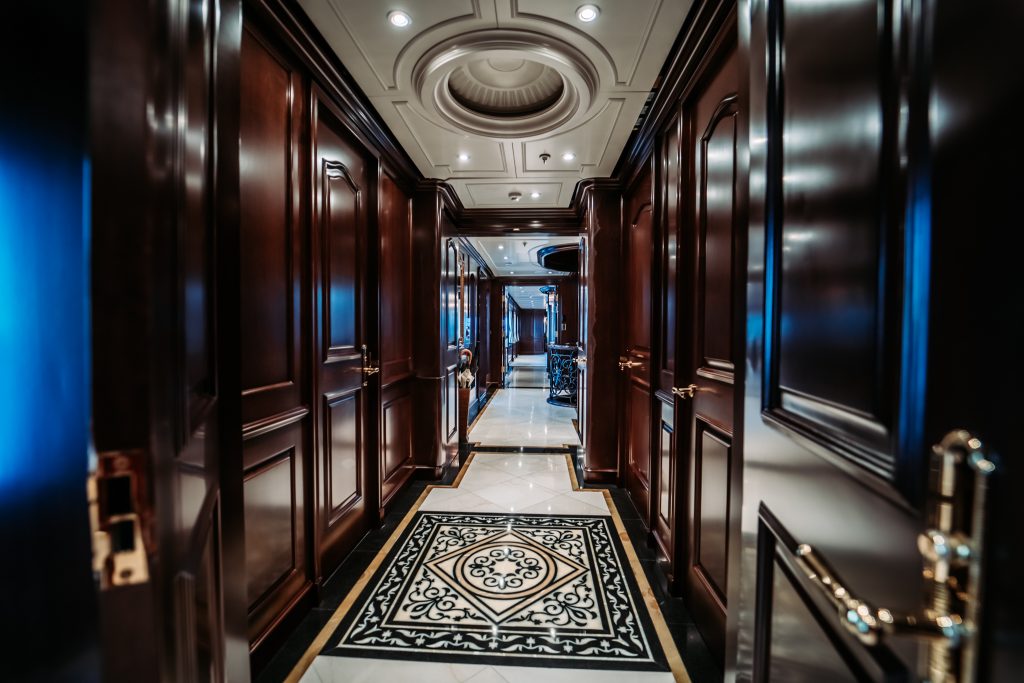 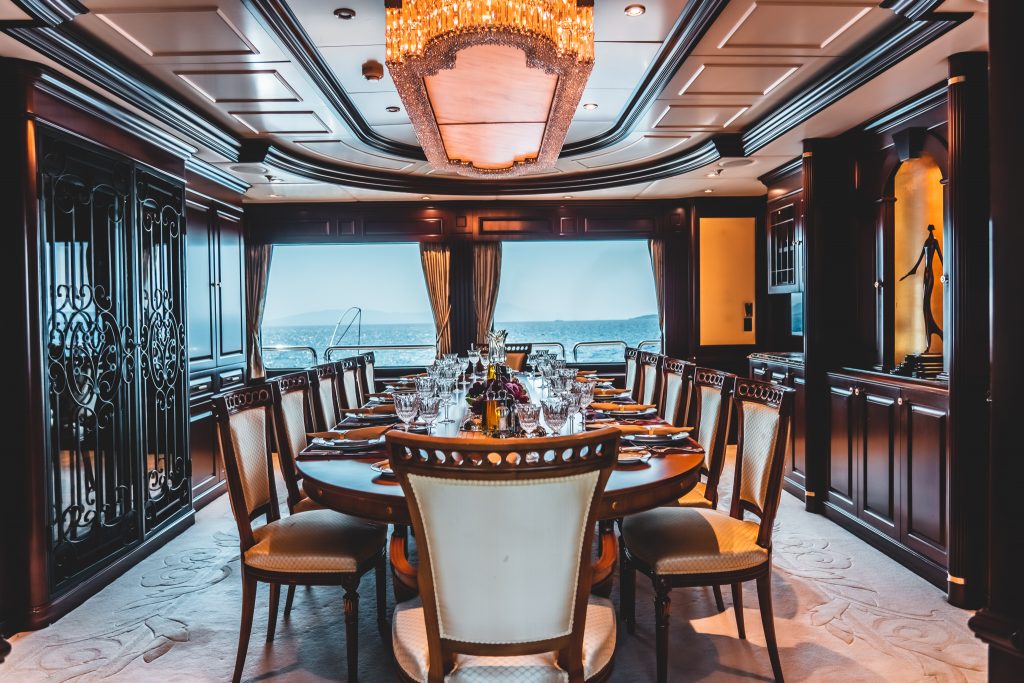 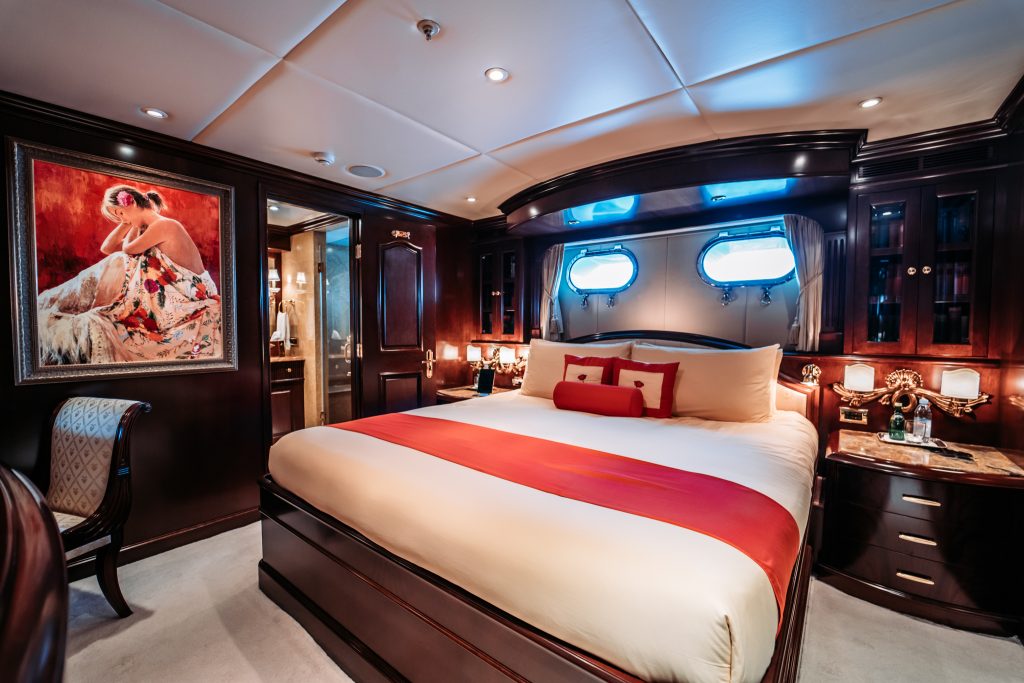 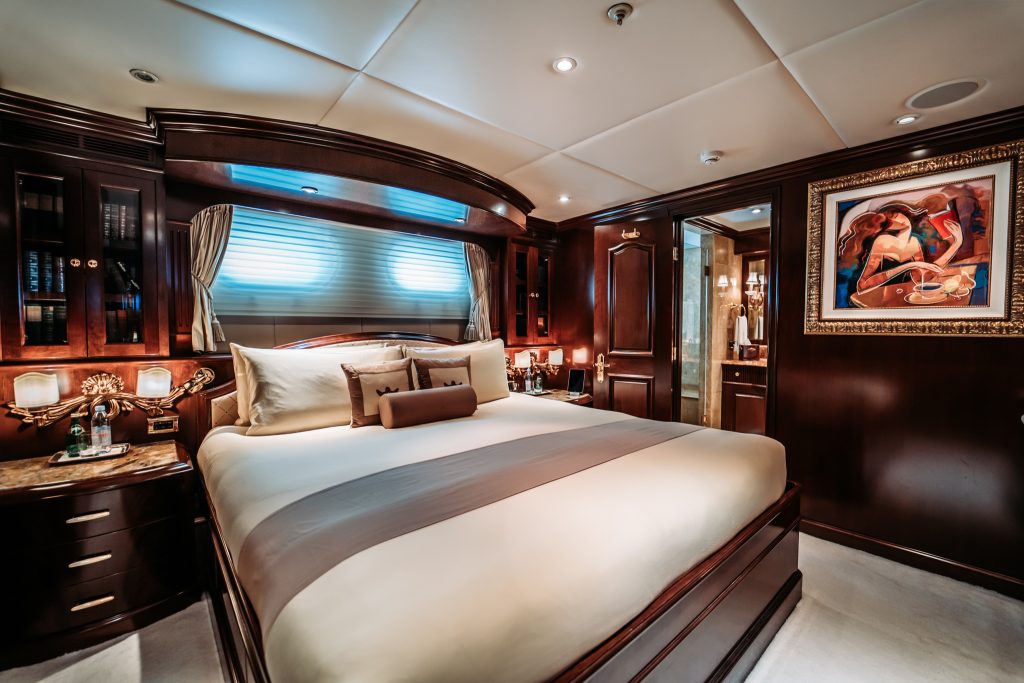 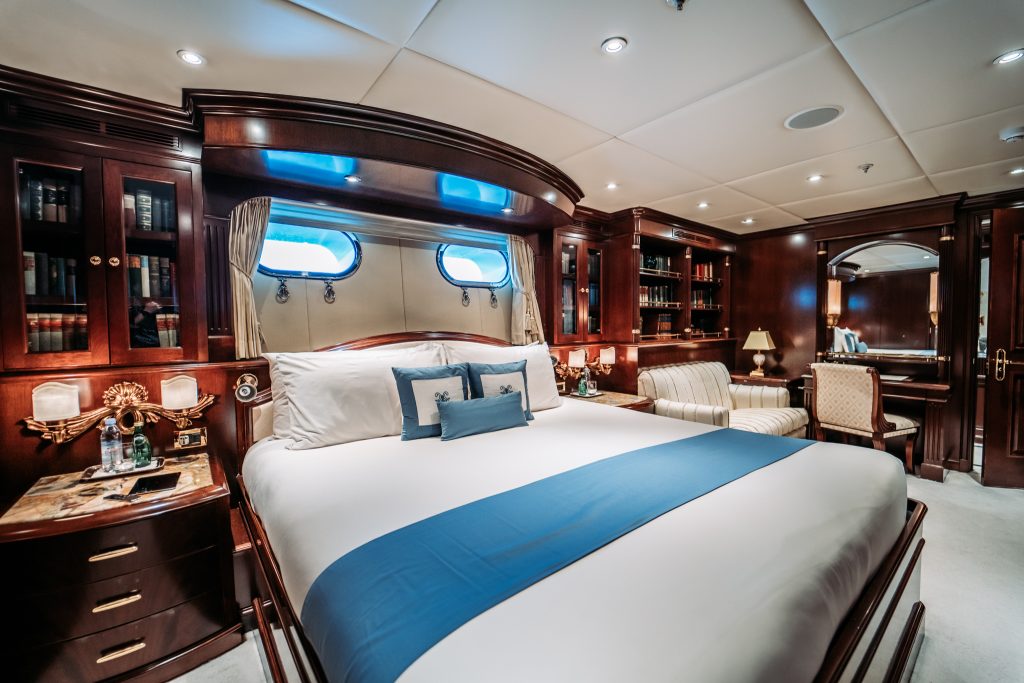 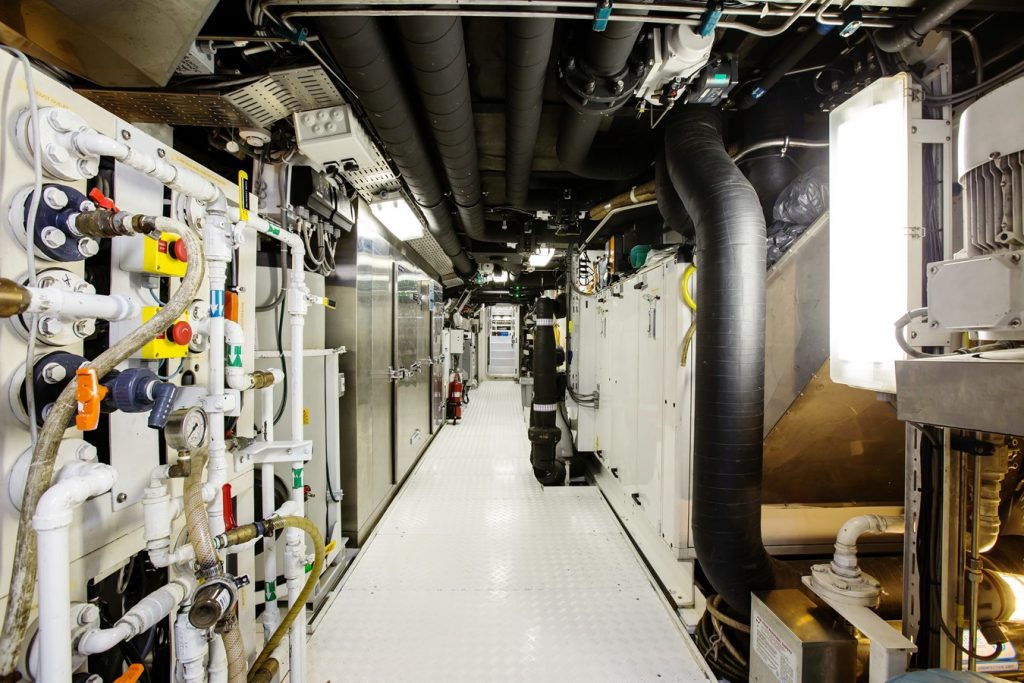 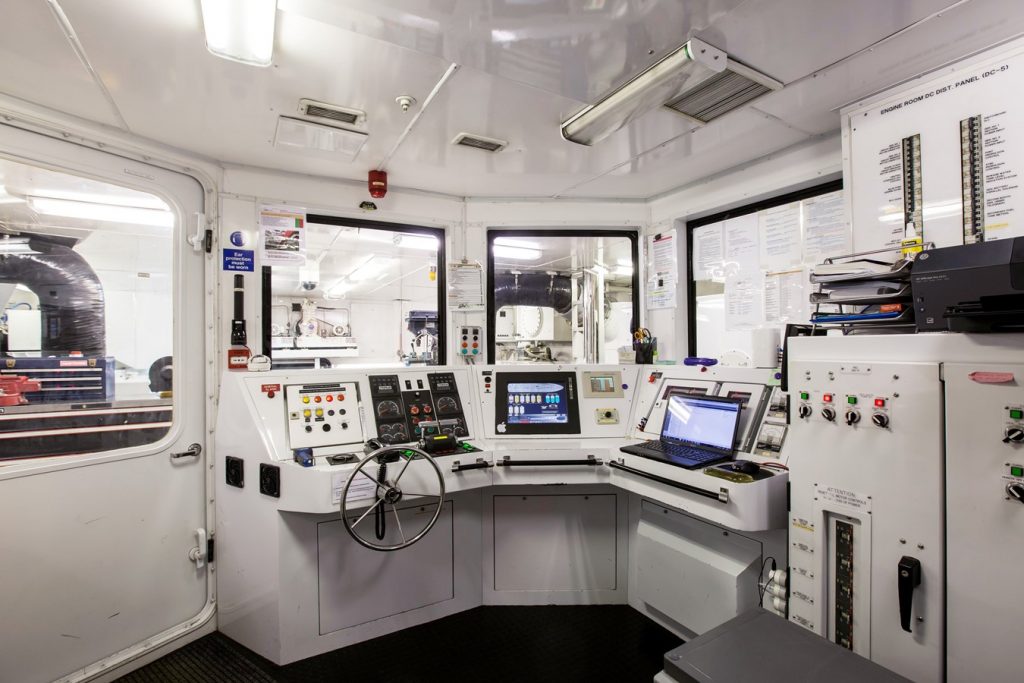 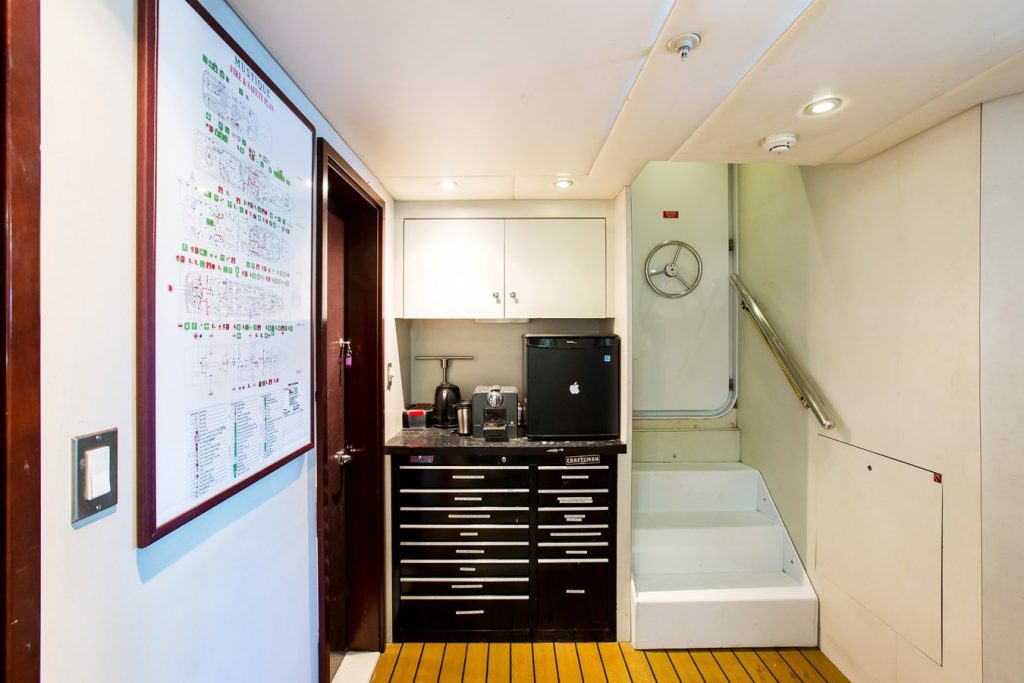 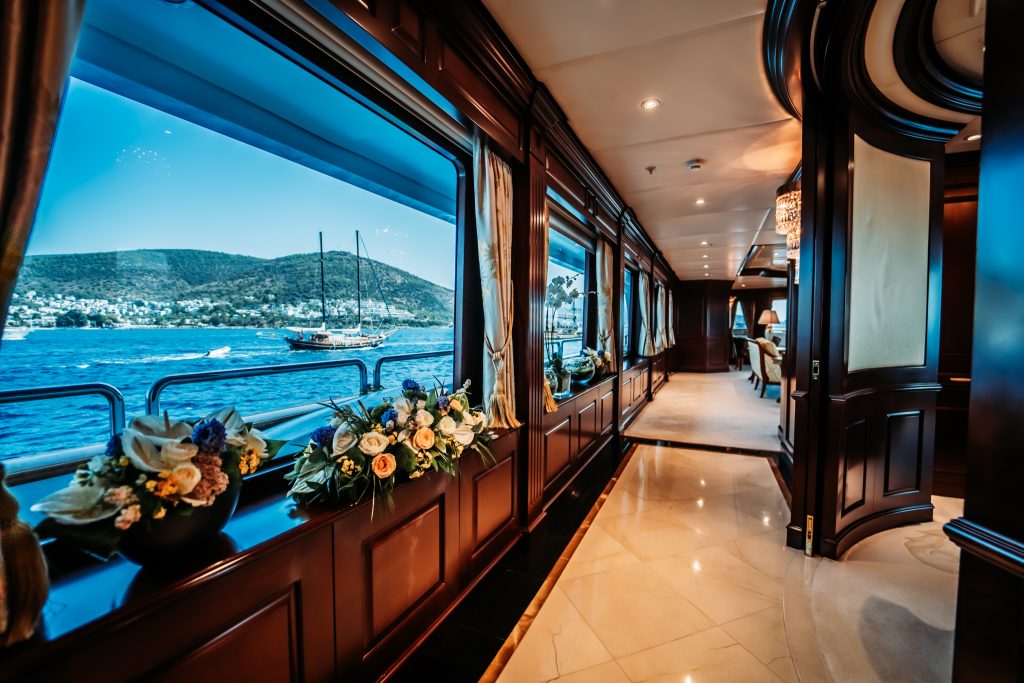 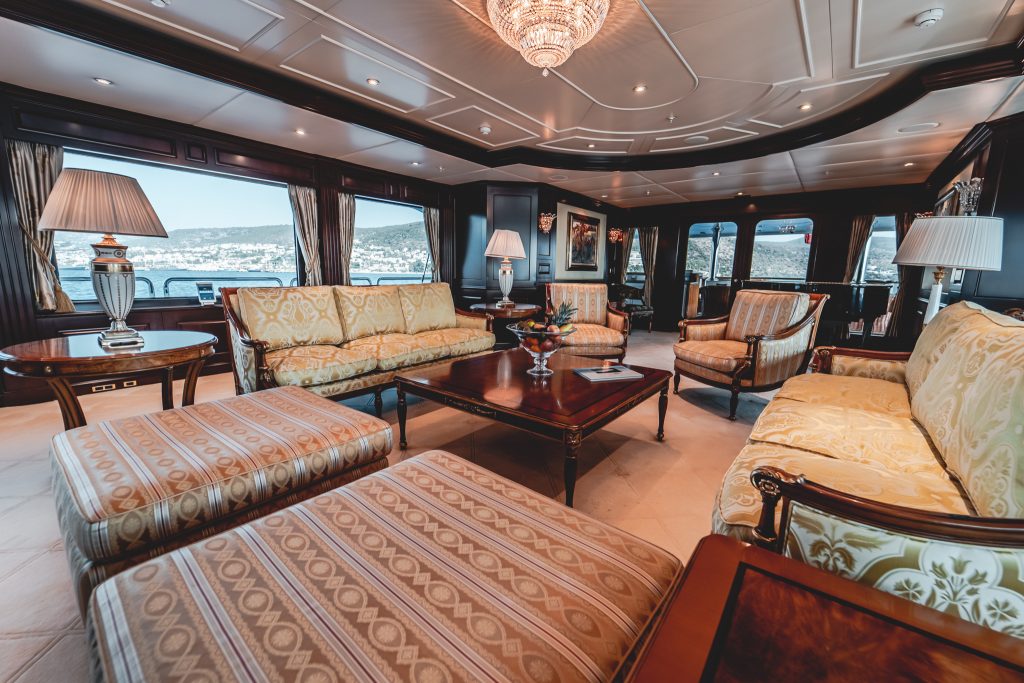 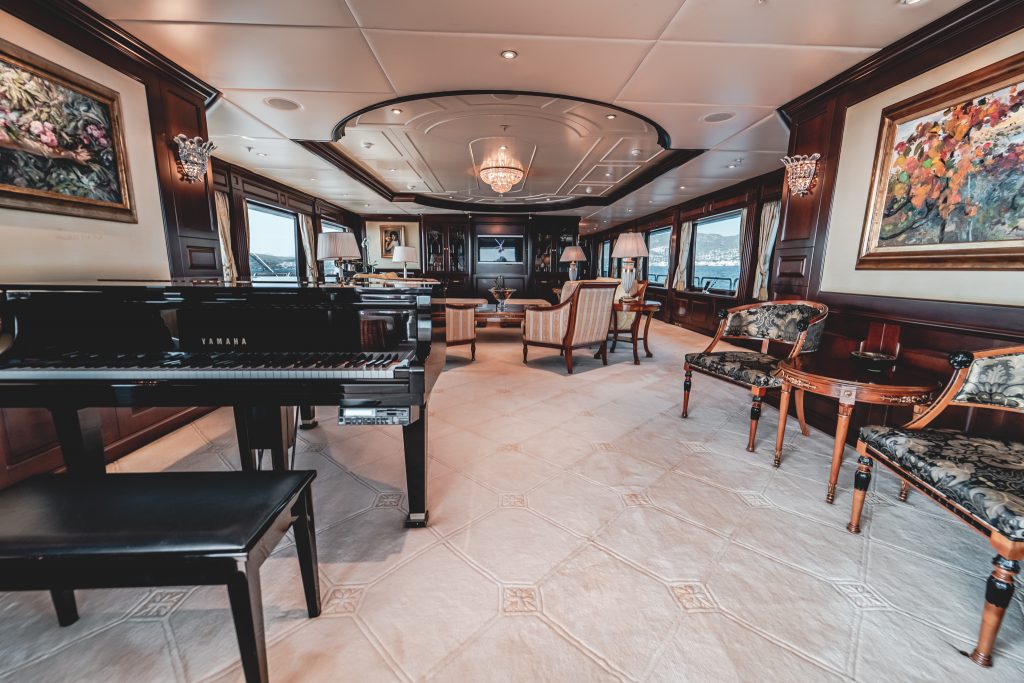 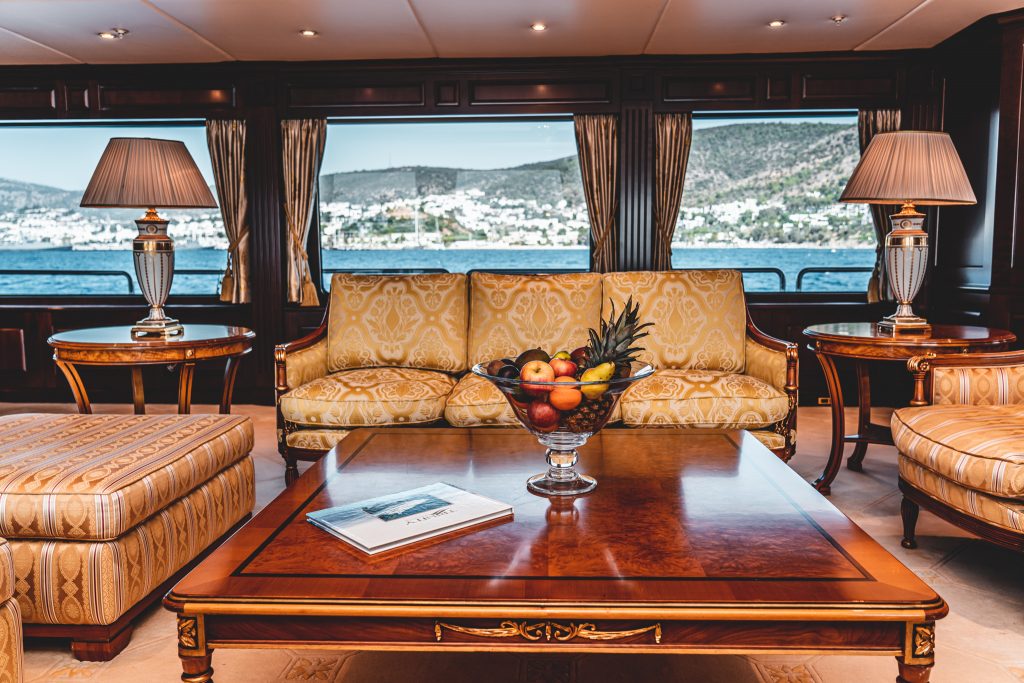 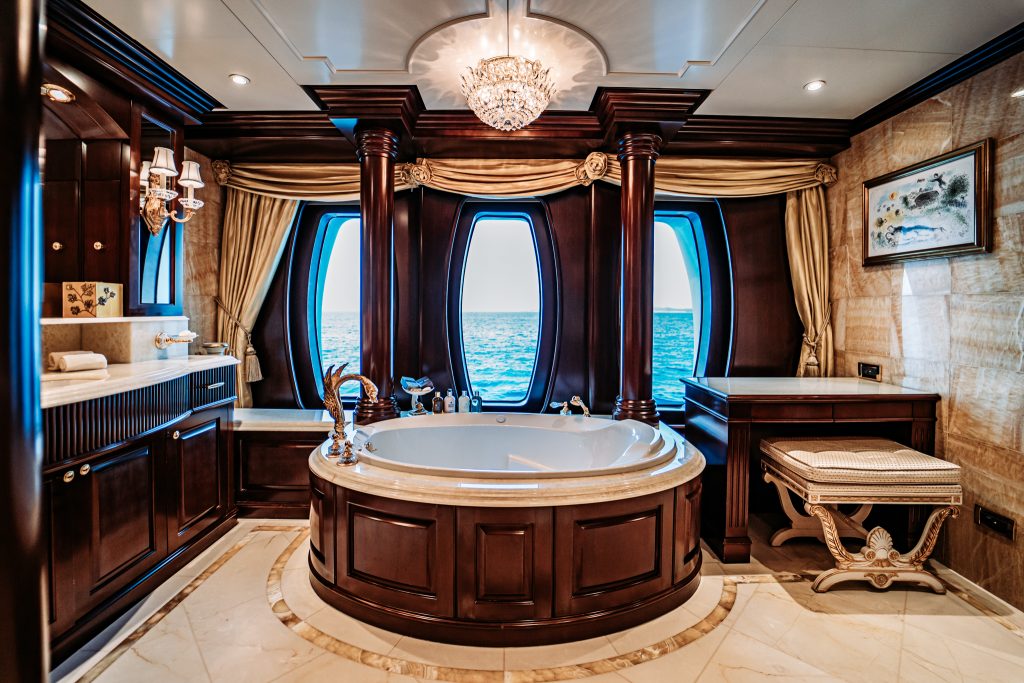 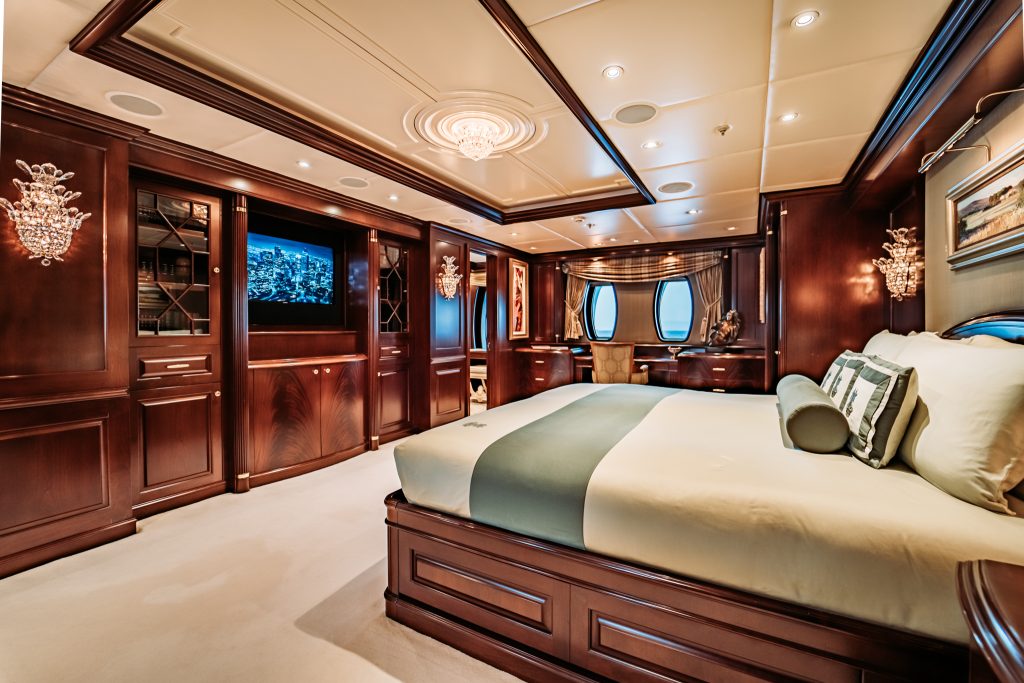 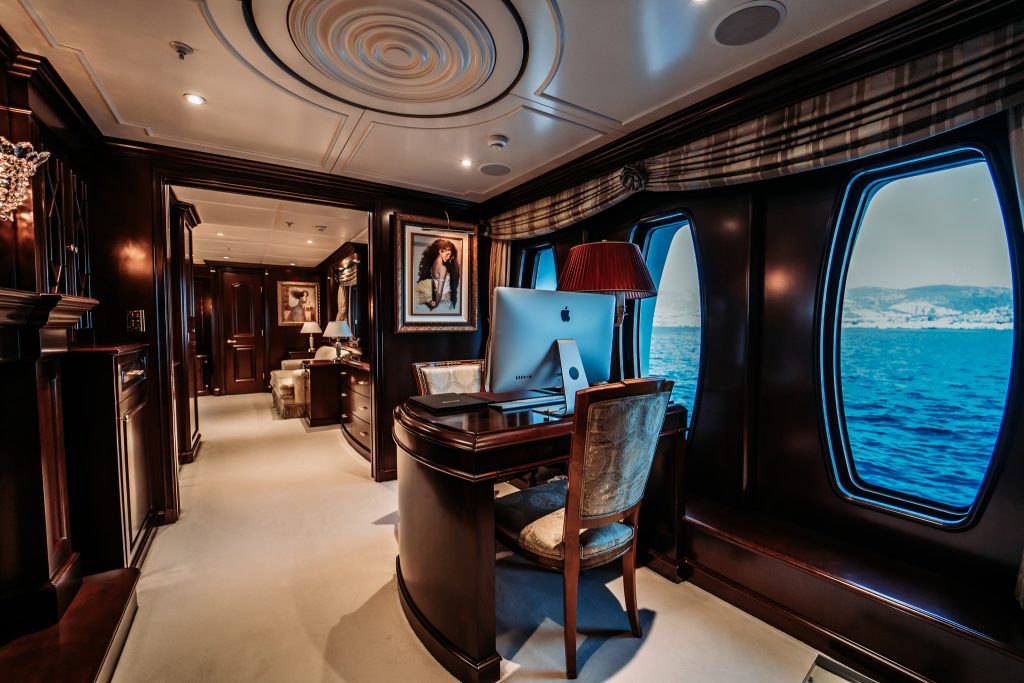 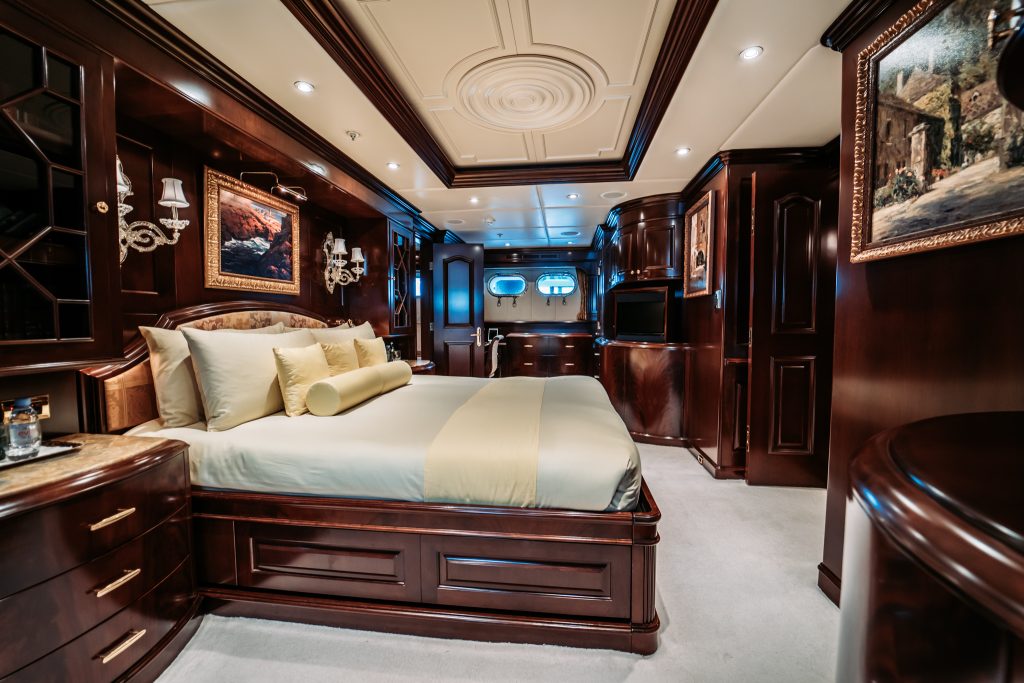 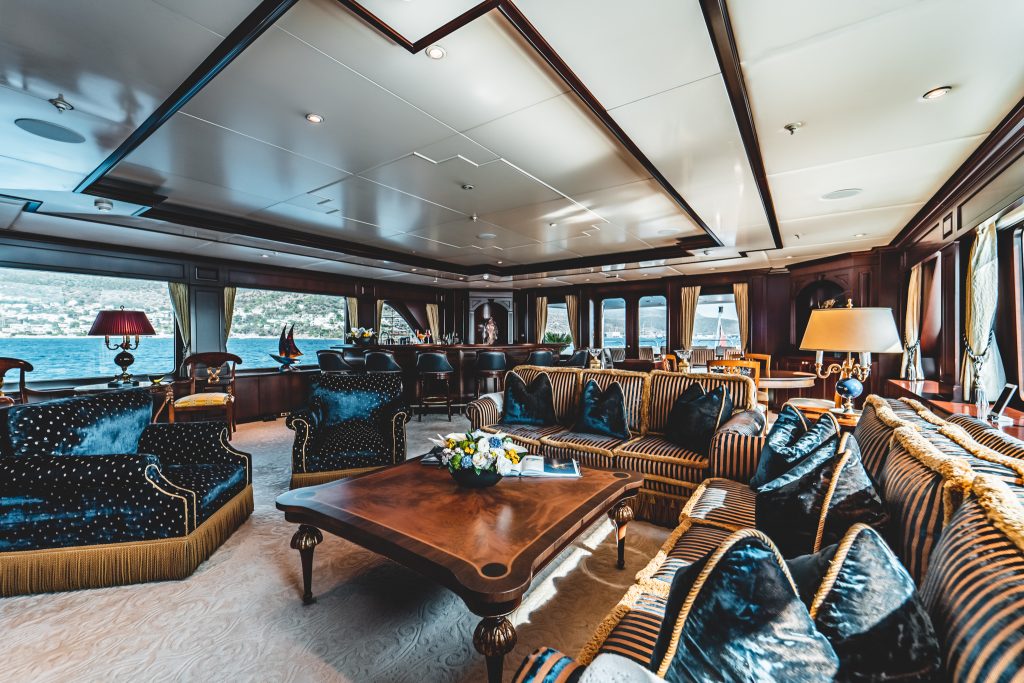 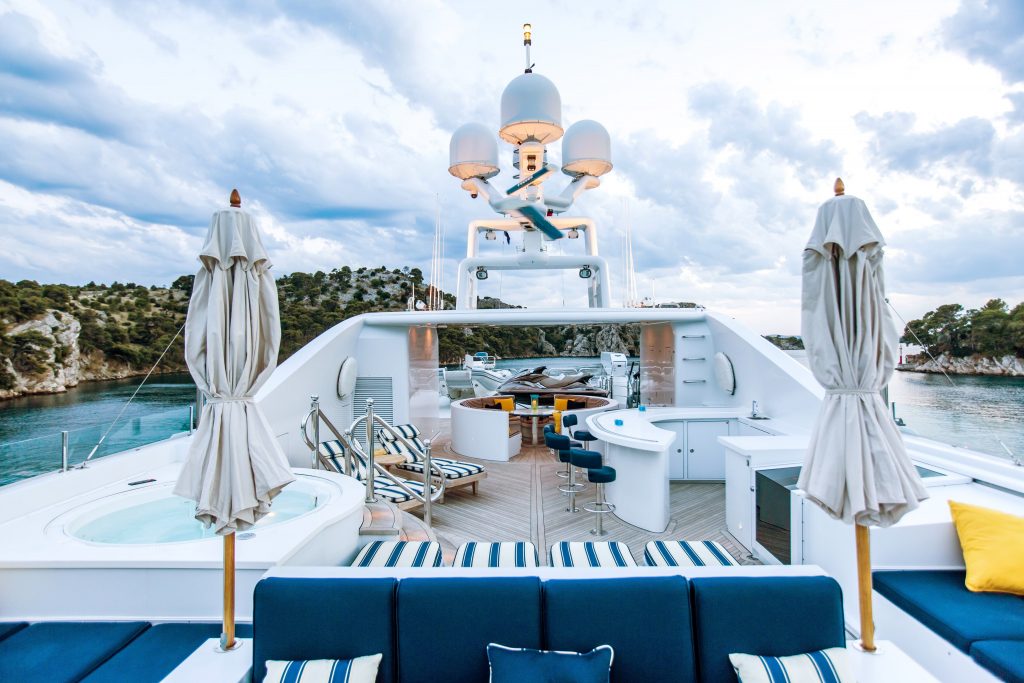 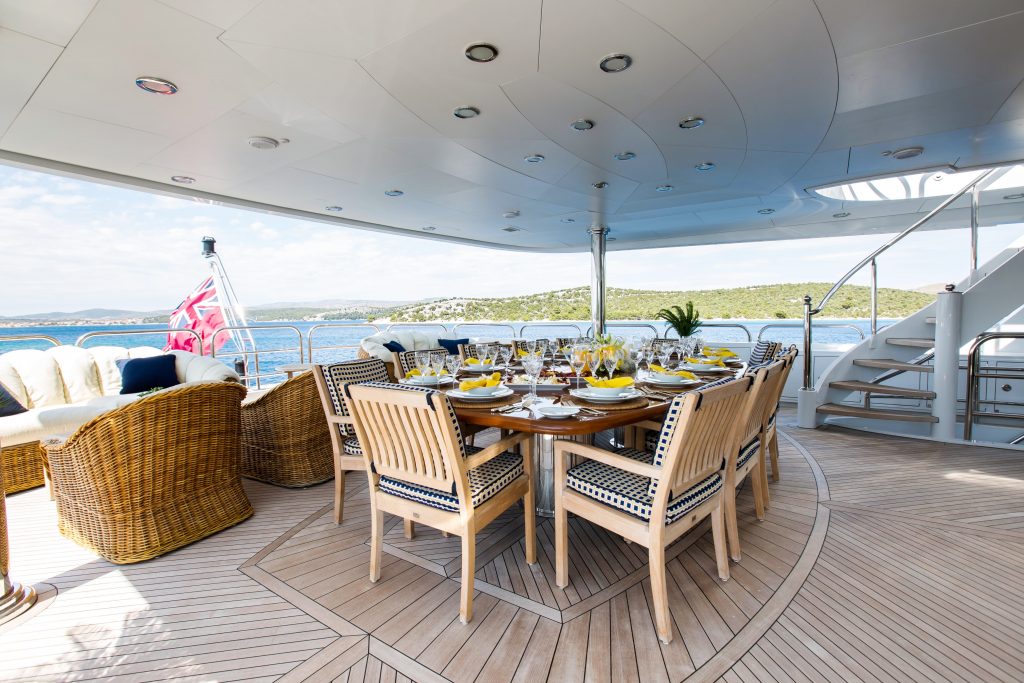 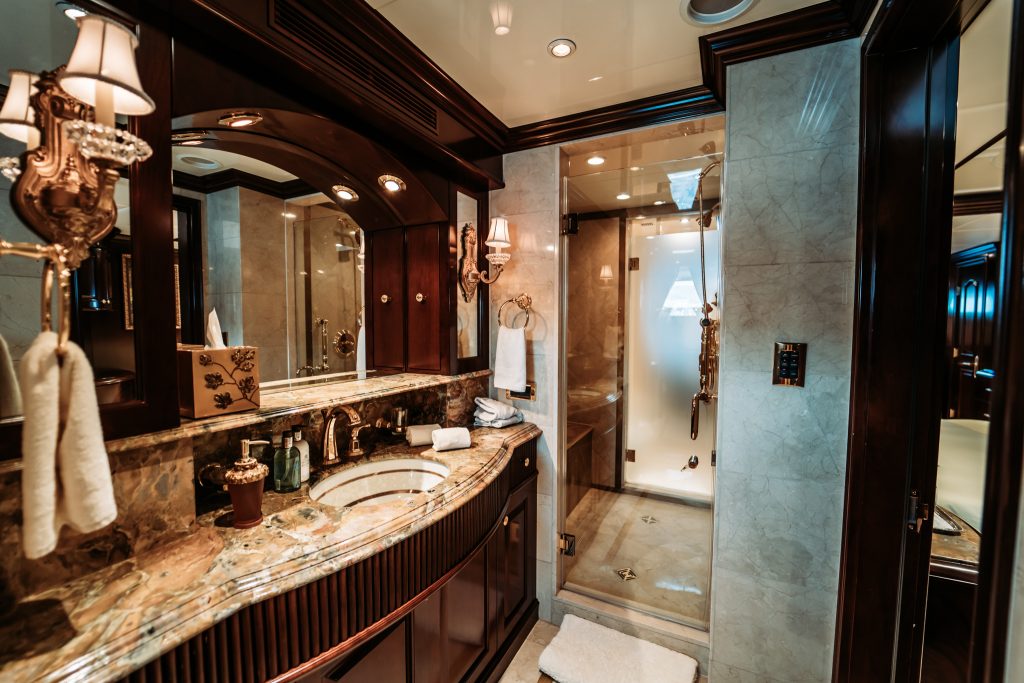 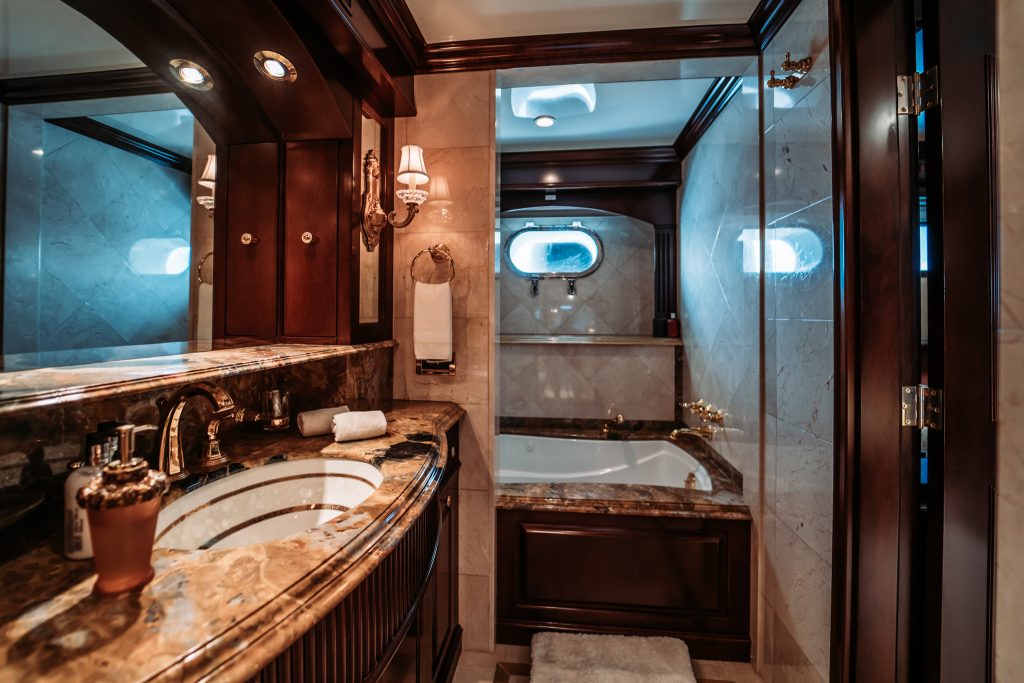 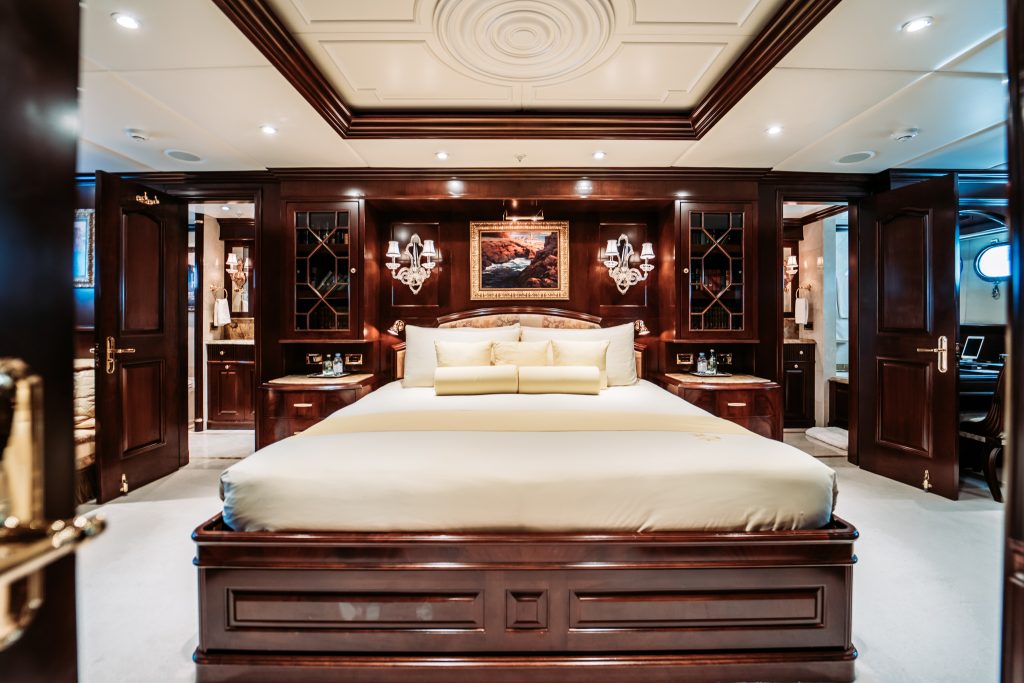 This website stores cookies on your computer. These cookies are used to collect information about how you interact with our website and allow us to remember you. We use this information in order to improve and customize your browsing experience and for analytics and metrics about our visitors both on this website and other media. To find out more about the cookies we use, see our Privacy Policy.
If you decline, your information won’t be tracked when you visit this website. A single cookie will be used in your browser to remember your preference not to be tracked.
Cookie SettingsAccept All
Manage consent

This website uses cookies to improve your experience while you navigate through the website. Out of these, the cookies that are categorized as necessary are stored on your browser as they are essential for the working of basic functionalities of the website. We also use third-party cookies that help us analyze and understand how you use this website. These cookies will be stored in your browser only with your consent. You also have the option to opt-out of these cookies. But opting out of some of these cookies may affect your browsing experience.
Necessary Always Enabled
Necessary cookies are absolutely essential for the website to function properly. These cookies ensure basic functionalities and security features of the website, anonymously.
Functional
Functional cookies help to perform certain functionalities like sharing the content of the website on social media platforms, collect feedbacks, and other third-party features.
Performance
Performance cookies are used to understand and analyze the key performance indexes of the website which helps in delivering a better user experience for the visitors.
Analytics
Analytical cookies are used to understand how visitors interact with the website. These cookies help provide information on metrics the number of visitors, bounce rate, traffic source, etc.
Advertisement
Advertisement cookies are used to provide visitors with relevant ads and marketing campaigns. These cookies track visitors across websites and collect information to provide customized ads.
Others
Other uncategorized cookies are those that are being analyzed and have not been classified into a category as yet.
SAVE & ACCEPT